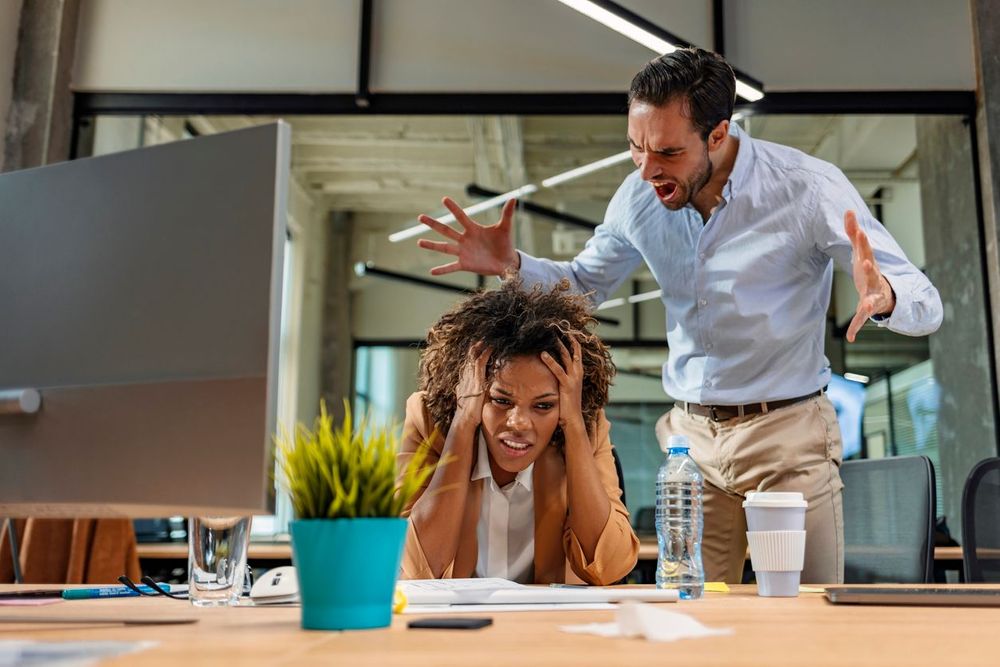 When you start a new job, you probably have some apprehension about the person in charge. Is your boss someone you can rely on, or are you stuck with a bad boss? Before you have to find out the hard way, look out for all the signs that you have a bad boss.

1. They Don't Know How to Have Fun

When your boss can't seem to relax or enjoy themselves, they may be too invested in their professional life. Some employers lose their sense of fun and excitement. They end up eating and breathing their work and expect you to do the same.

Unfortunately, this makes it nearly impossible to create a work/life balance. If your boss forgot what it means to have fun and just can't seem to crack a smile, you don't have the best boss. You deserve someone who makes the workplace enjoyable and not a place you dread going to every day.

For a healthy work environment, employers should be willing and eager to accept feedback. While there are limitations to this, a good employer is - at the very least- willing to listen to feedback.

It might not be evident that your employer is so resistant to feedback. This is because you probably won't go out of your way to give your boss advice. If your boss never asks for your opinion on anything, you might not think twice about it.

However, a failure to seek feedback is a sign of a bad boss. In failing to solicit feedback, they don't leave room for their own personal growth. No person or business is perfect, and an employer can't overcome weaknesses if they don't ask their employees for input.

In some cases, bad bosses ask for feedback but only expect positive reactions. They might get angry at your response or even take retaliatory action against you. Once again, this is a sign of a bad boss. In the future, no one will ever be honest, and the business will fail to improve. The hostile environment is likely to hurt productivity.

3. They Don't Give Timely Feedback

Meanwhile, another common sign of a bad boss is a lack of feedback or untimely feedback. As the employee, it's not your job to approach the boss and ask how you're doing. Every decent boss knows that they should go out of their way to share feedback about an employee's performance.

Without feedback, you have to assume you're doing everything correctly. In reality, your boss might have some issues with your performance. It might be a tough conversation to have, but a successful boss must be ready and willing to offer feedback.

Waiting to offer feedback comes with one of two consequences. First, you could end up losing your job. Secondly, you might not be able to move forward in your career. Either scenario is unfair to you. It's in your best interest to work for a good who gives evaluations and accurate feedback.

4. They Believe They're Infallible

Unless your boss is a robot, they make mistakes. Everyone makes mistakes at one point or another, but your employer could believe otherwise. When they do make a mistake, they might blame it on you or ignore the error. Unfortunately, this isn't the right way to run a business.

In being so opposed to accountability, your employer makes success an impossibility. They can only ignore their failures for a certain time. Eventually, their shortcomings will lead to major trouble. You and other employees could be left to deal with the fallout.

5. They Have No Vulnerability

When most people think of the traits possessed by a good leader, they don't think of vulnerability. However, people tend only to follow and admire vulnerable leaders.

If your boss seems to be perfect in and out of the workplace, there are things they're hiding from you. Your employer's life isn't perfect, but they want you to think it is because they can't be vulnerable. In this case, you have a bad boss.

If a leader doesn't embody the values, no one else will. A lack of values hurts the business, which eventually hurts you.

7. They Don't Inspire Others

When you're looking for inspiration, you should be able to turn to your boss. Sadly, not all bosses motivate their employees to succeed. Some lead by spreading fear, while others just order everyone around.

There are several ways in which a boss can motivate you. For instance, they might offer incentives to productive employees or give pep talks before major projects. It doesn't matter how they inspire you; it matters that they're able to do it.

Is your workplace suppressed by fear? If you follow orders because you're afraid of your boss, there will be issues in the future. An employer that rules by fear is one that stifles out-of-the-box thinking.

While it's one thing to be afraid to disappoint your boss or to lose your job, it's another thing to live in fear of a small misstep. It's unhealthy for an employer to rule with fear.

9. They Don't Care How They Affect You

Perhaps the worst type of boss is a narcissistic one. They only care about themselves and never think about how their actions affect the world around them. With this self-centered view, a boss can't see their team's value. They also won't use their team to serve the company.

Furthermore, this type of boss doesn't care about your personal life. They won't be willing to give you time off when you need it or to accommodate you during a rough time. If you think you have this type of boss or just have a bad boss in general, it's time to start looking for a new job.

What Is a KPI and How Can It Affect Your Career?

What Is the Right Way to Quit Your Job?