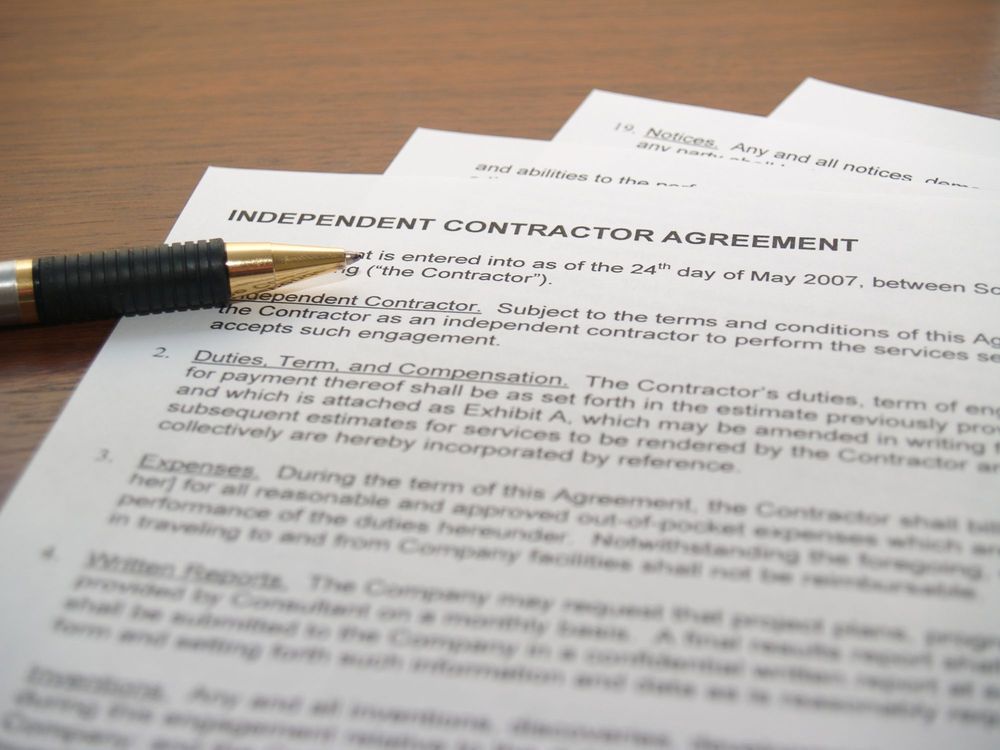 The Differences Between an Independent Contractor and an Employee

Why Does It Matter?

When it comes to working for someone, there are many laws in place. It doesn't matter if you're an employee or an employer - you should understand how those laws affect you. Of course, this is harder than it sounds. Laws are constantly changing, and you need to always be aware of the most recent changes.

An employee is usually someone who works full-time for an employer. The employer is responsible for setting the hours, location, and duties of the employee. As a result, the employee has the legal benefits that come with being a W-2 employee.

Meanwhile, an independent contractor is a person with their own business who often performs work for multiple clients. After the work, the contractor sends an invoice for their duties. The contractor is responsible for paying taxes at the end of the year. All of the following delve deeper into the many differences between both types of work:

Usually, an independent contractor is a sole proprietor or has an incorporated business. They offer a service, and the business is built around that service. Although a business name isn't necessary, it is common for contractors to have their own business name.

At times, an employer treats an independent contractor like an employee. However, there are limitations to the relationship.

When an employer hires someone for a job, they often provide some type of training. But an independent contractor often has no need for training. They have skills in a certain service and can work with limited training.

With that said, there are some exceptions. If a business owner hires a virtual assistant, they may need to train the assistant in various tasks. They still have their own skills, but the assistant probably needs some guidance.

Because an independent contractor runs their own business, they are in control of their services. Even if an employer has a contract with them, they can't keep the contractor from taking on new clients.

An employee has much less control. If you are an employee of a company, they can stipulate that you don't take any other jobs. You also have less control over your schedule.

If an employer asks an employee to complete a task, the job isn't done. Most employees deal with a variety of tasks and jobs at one time. However, an independent contractor usually only has one job at a time. The task is detailed in a contract and the completion of the job is the end of the contract.

If you work as an independent contractor, it's essential to have a contract or a Scope of Work. Otherwise, you might have trouble receiving payment or understanding your role.

Usually, an independent contractor only receives payment after they submit an invoice. The payment is almost always a topic of discussion before the work begins and should be outlined in a contract. You might have an hourly rate or a flat rate, depending on your type of work.

An employee receives an hourly or annual wage. Although the payment periods vary, you can expect to receive a check once every week or once every two weeks.

On the other hand, an employee has a set schedule and needs to work when the employer wants them to work. Some jobs offer more flexibility than others, but there are limitations.

Perhaps the most important difference to understand is taxation. As an independent contractor, you need to pay taxes at the end of the year. The client submits a W-9 and will include your wages on the form. When tax season rolls around, you may need to pay a hefty sum of taxes. Employees have the benefit of having their taxes withheld. At the end of the year, you may get some money back when you file taxes.

An employee often receives health insurance as well as other benefits. If you lose your job, you can take advantage of a variety of federal or state programs. But an independent contractor needs to source their own insurance.

Which Type of Work is Right for You?

There are benefits and drawbacks to each type of work. If you prefer stability and don't want to deal with the hassle of owning your own business, working as an employee could be your best option. You don't need to find your own insurance, deal with confusing tax situations, or worry about finding your next contract.

The Right Way to Accept a Job Offer

Can Your Job Ask For Proof You've Had a Covid Vaccine?