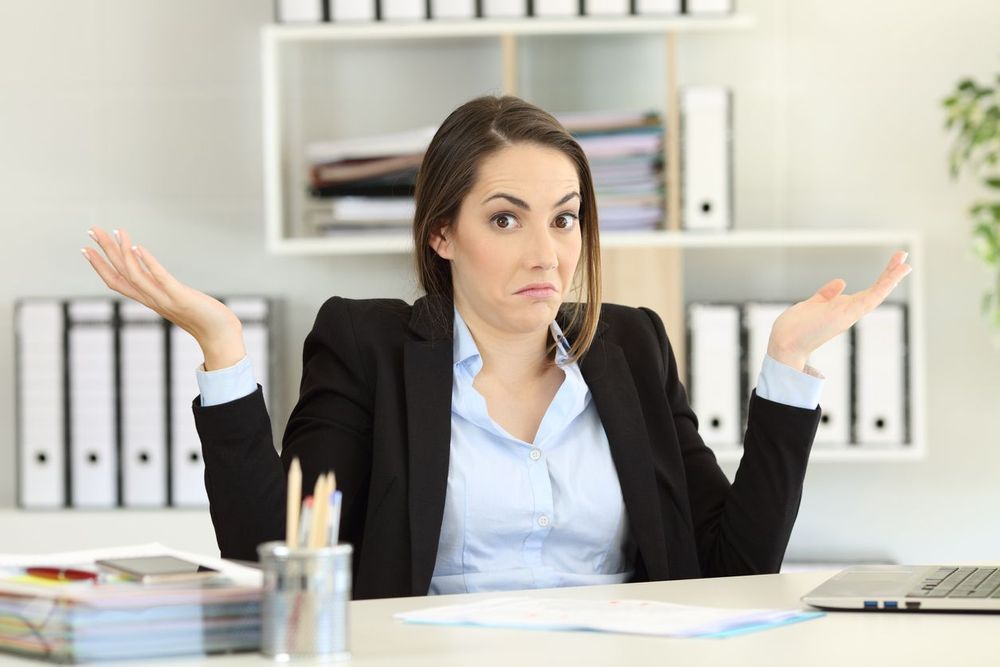 Is It OK to Say "I Don't Know" During a Job Interview?

It's a moment we all dread. You're doing great in your interview, until that one question comes up. Unsure of how to answer it, you feel your face get red and sweat starts to form on your palms. Should you answer the question without knowing the answer? Most people are uncertain whether or not it's ok to tell a hiring manager that they don't know an answer to a question. Find out whether or not "I don't know" is an acceptable answer to a question during your job interview.

What to Do When You Don't Know an Answer

Despite spending weeks preparing for an interview, you can never be certain what to expect. There's a good chance that the hiring manager will ask some unexpected questions. When that happens, you might freeze. Is it OK to say, "I don't know."?

Do you want the short answer or the long answer? In short, you can tell an interviewer that you don't know the answer to a question. But your response could hurt you if you don't handle it the right way. With these tips, your response shouldn't prevent you from getting a job offer.

There's no rule that says you need to answer a question immediately. If you aren't sure how to answer a question, you should take time to think. There are several ways in which you can pause the interview. For one, you can take a deep breath and gather yourself. Another option is to take a drink of water. While you don't want to chug a bottle of water, taking a few seconds to drink is perfectly acceptable.

Typically, an interviewer will prefer you to give a thoughtful answer over a hollow one. They won't be insulted by the fact that you want to choose your words with care. In fact, they may think more favorably of you for your pause.

During your pause, determine whether or not you have a good answer to the question. Think back to previous employment, college, or other situations that could have the answer. Your response could lie in your volunteering history or even your childhood.

You can always ask a question in response to a question. For example, your interviewer could ask you about a time you had a challenging client. If you can't think of a specific example, ask the interviewer if you could tell them about a difficult vendor or business partner.

You might also ask a question asking them to elaborate on their original question. If you don't understand what they're asking, there's nothing wrong with requesting more details. As an employee, you should never be afraid to ask questions about a project. The same is true during your interview.

The only reason your interviewer is asking you questions is to learn whether or not you're a good fit for the company and a valuable employee. So, there's no harm in offering up an example that's slightly different than what they wanted. By asking a question, you show that you're always investigating and looking for ways around obstacles.

If you come across a question you can't answer, write it down. Look for key words and think about how you can use your experience to address those words. In the event that nothing comes to mind, write down some of your thoughts on paper.

Before you start writing things down, explain your actions to the interviewer. Tell them that writing often helps you think clearly, so you're making a few notes. Once again, your hiring manager will appreciate your thoughtfulness.

An interviewer knows when they're being lied to. Likewise, they know when you're avoiding a question. If you've tried the other tactics and still don't have a response, explain that you're struggling to answer the question.

At times, you may not know how to answer a question because you know it won't paint you in a favorable light. Consider this situation. You were fired from your previous position, and don't want to discuss it. If your potential employer asks why you were fired, you might be tempted to say, "I don't know." However, honesty is the best policy.

What Shouldn't You Do

Your actions when answering questions could be red flags for potential employers. If you do any of the following things, you could be hurting your chances of gainful employment.

Make Up a Story

In an effort to answer a question, you might want to create a story. Unfortunately, this is a great way to get caught in a lie. An experienced interviewer will know when you're lying about something. They may try to catch you in your lie.

If you really don't have an example or an answer, it's acceptable to say, "I don't know." You can offer up an explanation of how you could find the answer to the question or what you would do if you were in a certain situation.

Silence is awkward. However, silence is better than empty words or a poorly thought out response. Remind yourself that the interviewer isn't judging you on your ability to answer a question with speed. Rather, they're judging how well you answer a question and how you handle yourself.

If you're truly concerned about the silence, explain your process to the hiring manager. Tell them that you're taking your time to think about the best example, or that you're thinking back to a past situation.

If you need to say, "I don't know," don't fret. Say the phrase with a smile, and move on. If you move past it without embarrassment or shame, your interviewer will think nothing of it.

8 Tips to Advance in Your Entry Level Job

6 Mistakes to Avoid While Searching For Your Next Job