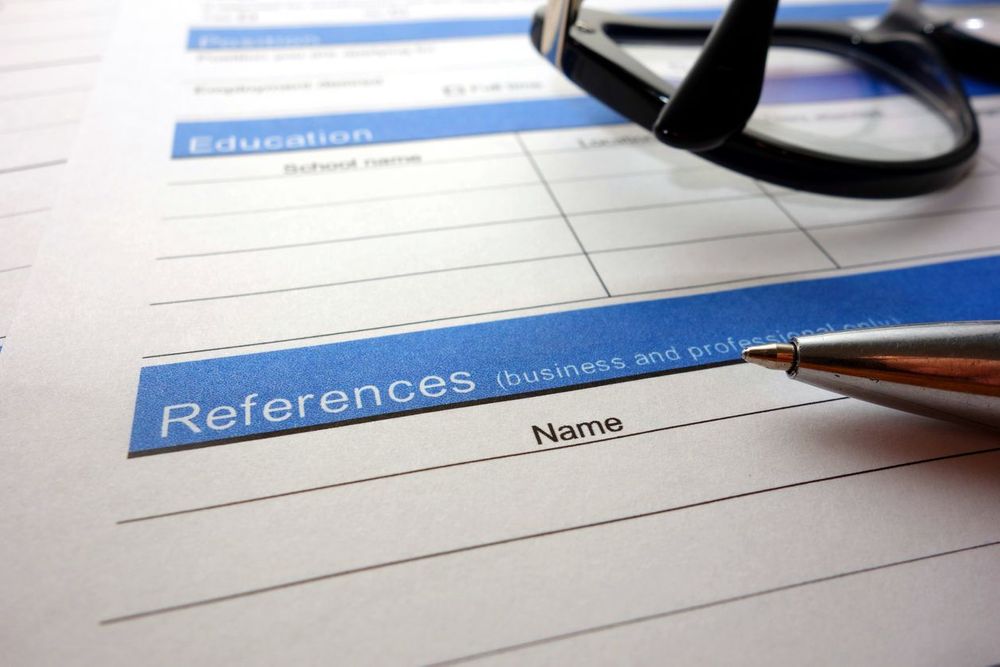 Professional References: Who Should You Include On Your Resume?

Writing a resume might seem easy, but there are some challenges that come with resume writing. One of the most significant difficulties is finding references. Who should you include on your resume? It's an answer that can affect whether or not someone hires you for a position. Consider putting one of the following on your reference list:

Leaving out your last employer could hurt your chances of employment. If you failed to include your last boss, a hiring manager has reason to believe your boss has bad things to say about you. You might want to explain why you failed to include them. For instance, you could explain that you didn't want your employer to know that you were applying for other positions.

That alone isn't enough to make a difference. To ease the hiring manager's concerns, you can include a co-worker or supervisor on your reference list.

Some people are tempted to include a friend on their list of references. However, your friends know nothing about your work. You'd be better off using a co-worker because they have seen you in action.

When making your reference list, think carefully about which co-worker you want to speak about you. Is there anyone who you feel particularly close to? If so, they might be a good option. Just be wary of choosing someone who might have any animosity towards you. Before listing someone as a reference, you should be certain that they'll have positive things to say.

If you've recently attended college, your professor may be a useful reference. Most professors are excited to have an opportunity to help their former students. As you think about your options, consider your relationship with the professor.

Avoid using a professor who doesn't know much about you. Instead, choose one that knows you on a personal level. It could be your academic advisor or just your favorite instructor.

While your professor can't attest to your performance in the workplace, they can speak about your passion or work ethic. Your professor could convince the hiring manager about your fitness for a position.

4. Member of a Group

If you're running short on references, you could choose an individual from a former group. Did you work with a group to finish a college project? Or did your join forces with anyone else on a community or work project? If so, one of the members of the group may be a beneficial reference.

Only use the individual if you worked with them on a project that worked out well. You can be sure that the hiring manager will ask about the success of the project. If it wasn't a success, your reference might do you more harm than good.

If you spent time volunteering at a facility, consider using someone from the facility as a reference. They can shed some light on your work ethic, along with other skills and traits. Another benefit comes from showing the manager that you spend time volunteering. Typically, hiring managers prefer hiring people who volunteer during their free time.

Keep in mind that the reference doesn't need to be someone who supervised you. Instead, it might be someone who volunteered with you. Use a person who would have nice things to say about you.

People who are just graduating college or who have been out of the employment field for some time may not have any prior employers or co-workers to add to their reference list. In this case, you can get creative.

Think of all the odd jobs you've worked in recent years. For instance, you may have babysat or mowed the lawn for a neighbor. All of those odd jobs count as employment. If you can still get in touch with the neighbor, ask them to be your reference. It's even better if you've known the person for years.

Professors aren't the only educators who belong on your reference list. Did you stay in contact with your high school teacher or coach? If so, consider putting them on your resume.

That said, former Teachers shouldn't be your first choice as a reference. Only use them if you have limited options and if you've maintained a close relationship with them.

Who Shouldn't You Include

When you're creating your resume, there are a few people you shouldn't include on your resume. Avoid placing any of the following people on your reference list:

The only friends who should be on your resume are friends who work or volunteer with you. There are a few reasons for this. First, friends don't often speak badly about each other. Secondly, your friends probably don't know much about your work habits. Finally, it's not very professional to include friends as references.

People Who Don't Know You Well

Under no circumstances should you include an acquaintance on your references. Although you may have spent a whole semester with a professor, they can't be a reliable reference if they don't know you personally. The same is true of co-workers and former bosses who are unlikely to remember you.

When you choose someone as a reference, you need to be sure that they aren't competing with you. A competitive co-worker is unlikely to speak highly of you. If there's a chance that your reference won't want you to succeed, leave them off your list.

Current Employers, If They Don't Know Your Situation

If your employer has no knowledge of your job search, don't include them on your resume. No matter how great your relationship may be, they won't be happy to hear about your job hunting from a third party.

10 Soft Skills Your Employer Wants You to Have

Nine Tips For Your First Month at a New Job