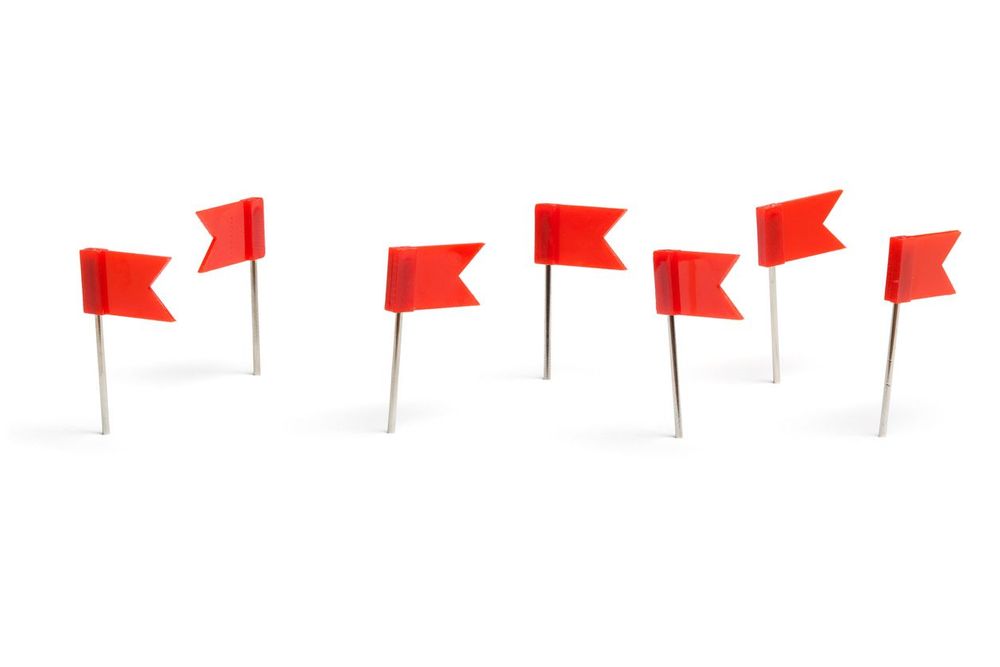 Red Flags to Watch Out For In An Interview

Most people think of a job interview as a time for a prospective employer to decide if a candidate is right for them. And while this is true, there's more to an interview than that. It's also an opportunity for you to determine whether or not the employer is right for you. During the interview, you should be on the lookout for red flags that indicate the employer isn't someone you should work for. If you want to avoid taking a job you hate, look for the following flags and reconsider taking a job offer.

They Focus Too Much on Buzzwords

Some job listings are heavy on buzzwords. It might say something like, "Looking for rockstar sales associates." If you hear mention of "gurus", "ninjas", and other corporate buzzwords during your interview, you should know that you might be interviewing for a less-than-glamorous job.

Oftentimes, employers hype up their less desirable jobs with words that don't mean anything. For instance, they might say that they're looking for a jack-of-all-trades. This could be code for, "We're looking for someone to do multiple jobs for one salary."

Keep in mind that one or two buzzwords aren't always a bad thing. However, a hiring manager who uses multiple buzzwords or withholds information about the position is a warning sign. The position may not be what it seems.

The Interviewer is Late or Unprepared

Even though one person isn't an accurate representation of the entire company, the interviewer should be seen as the face of the company. You can bet that the unprofessional conduct carries through to other managers and possibly the owner.

There's also the issue of communication. If you find it difficult to communicate with the hiring manager about the time or place of the interview, you should have concerns about communication in general. Would a manager be able to communicate essential information with you?

On average, the hiring process takes about 24 days. If the interview process takes longer than a few weeks or you're still waiting to hear back from an interviewer, be wary. The organization might be overwhelmed or inefficient. Either way, you deserve better.

No reputable company leaves job applicants waiting around for weeks or can't schedule an interview in a timely manner. You could be better off looking for an employer who hires in a more timely fashion.

This is one red flag you might need to discover for yourself. When you ask questions during the interview, bring up the company's turnover rate. The interviewer should be able to tell you the numbers.

If a company has a high turnover rate, there may be a roach work environment or management issues. And, if the hiring manager refuses to answer your question, they could be trying to hide something.

At an interview, you should ask the prospective employer several questions. But some companies aren't receptive to questions and might avoid or ignore your questions. This is a major red flag.

Unless your questions were inappropriate, you need to reconsider accepting a job offer from the company. Whether they're hiding something or just don't feel like communicating, the company doesn't have your best interest at heart.

Bad Answers to Your Questions

Every time you respond to a question, the hiring manager carefully considers your response. And you should do exactly the same. It's not enough to ask questions - you should also listen to the answers and consider what it says about the company.

For instance, you might ask about sustainability practices. If the interviewer answers in a way that goes against your values, you may not fit well with the company. Also, be on the lookout for answers that indicate the compost doesn't value their employees.

During the interview, there might be talk of the salary. If this is the case, you should consider what the manager offers you. Is the salary much lower than you expected? The company might not pay their employees fairly, in which case you won't ever be a valuable part of their team.

The salary should be what was mentioned in the job listing. If there was no mention of the salary range, you should research the average salary for the role. As long as you have the qualifications for the job, you deserve fair compensation.

Pay Attention to the Red Flags

If you take away anything from this article, it should be that you can learn a lot from your job interview. Taking on a new job should be a long-term commitment, and looking out for red flags is one way to make sure you pick the right job.

If you see one or two red flags, you don't necessarily need to walk away from the job. But trust your instincts and don't take a job that doesn't seem right for you. In the end, doing so can lead to a more prosperous career.

Interview Questions That an Employer Isn't Allowed to Ask You