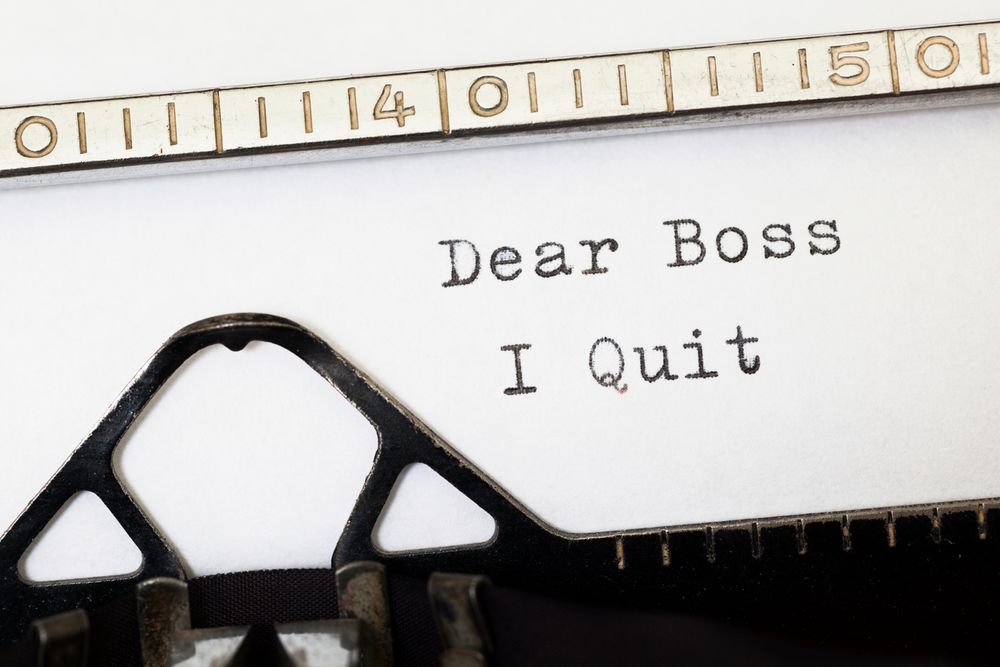 States With The Most People Quitting Their Jobs

For the past two years, the job market has been unpredictable. The past few months have shown a great deal of job availability. And there’s another common trend - people quitting or resigning from their jobs. For a variety of reasons, people are quitting their positions and looking for better opportunities. Find out more about the market by learning which state has the most people quitting their jobs.

Hawaii has the most people quitting their jobs, or at least they earned that title for September. In one month, 7.1% of the workforce in Hawaii quit. That’s more than twice the national rate, which is 3%. No other state has had such a high quit rate.

With that said, Nevada isn’t far behind. Because Nevada and Hawaii both rely heavily on tourism, they experienced major job losses early on in the pandemic. Now, businesses are restaffing and filling roles that were cut. With so many jobs available, people are quitting to seek out new opportunities. Nevada has the smallest gap between job openings and hire rates, which indicates that employers are filling up vacancies quickly.

Meanwhile, Montana also has high quit rates. They also have many opportunities for job seekers, with more than two job openings for each unemployed individual. In Montana, you can quit your job and easily find another one.

While Hawaii currently has the highest quit rate, Nebraska has very low quit rates. Last month, the state had the lowest jobless rate recorded. At 1.9%, the jobless rate meant that there were very few job seekers. In North Platte, Nebraska, there are so few people looking for work that the city offers $5,000 to anyone who moves to the area.

The state of Nebraska has more than three job openings per unemployed individual, and people seem to be remaining in their current positions. Unlike Hawaii and Montana, Nebraska residents seem content to remain with their employers. There are 69,000 job openings in the state and only 19,300 unemployed people.

Other States with High Quit Rates

Why is the Quit Rate So High in Hawaii?

According to recent data, 4.4 million Americans walked out of their jobs in September. At the same time, job openings dropped to 10.4 million. The job market isn’t necessarily acting the way you might expect it to, and Hawaii is no exception. Hawaii and 14 other states saw an increase in quit rates, while ten states saw a decrease in quit rates.

So why is that Hawaii has such high quit rates? In general, there are two reasons people quit their jobs during this pandemic. The first reason was to pursue opportunities with more pay and stability. After the pandemic, people realized how important it was to make a fair wage. The creation of the vaccine resulted in a resurgence of the economy and more job openings.

To draw in workers, employers started to increase their pay. Now, people are realizing that they can leave their current job for one that pays better or has better benefits. It’s likely that this is why so many people in Hawaii are quitting.

During the pandemic, the other reason for a high quit rate was fear of Covid. However, it seems as if that fear has subsided. It’s unlikely that Hawaii’s high quit rate is driven by fear. It’s more likely that people are seeking out better opportunities.

People also saw the pandemic as a reason to change things. All across the country, individuals evaluated their lives. They realized that things could change in an instant and that they should cherish their time. Once the job market stabilized, this realization became a reason for people to quit. They could leave behind dissatisfying jobs and find the ones they loved.

It’s possible that people in Hawaii started to see the value in finding happiness in the workplace. For years, individuals have slowly been moving towards shorter employment stints. The pandemic merely moved things along. Rather than spend five years being unhappy with an employer, people started to quit and move on to something better.

As the tourism industry opened back up in Hawaii, more jobs became available. In August and September, job availability left job seekers with many options. They could take their pick from a variety of positions in a variety of industries. If someone was unhappy with their career choice, it was the perfect time to try something new.

Should You Quit Your Job?

Are you thinking of contributing to the high quit rate? Whether or not you live in Hawaii, you might be tempted to leave your job and pursue a new opportunity. But is that the right idea?

Before you quit, you should think about your current situation. You want to quit for the right instance. If your main grievance is a temporary issue or a minor hiccup, don’t rush into resigning. Even if you find a new job right away, you could hurt your resume.

Nevertheless, your happiness matters. If you want to explore a new career or want a better salary, don’t remain with your current employer. Start checking out the market and looking into what’s available. For instance, research your options and new career choices. For the smoothest transition, look for new work while you remain employed. You may be able to transition right into a new role without missing weeks of pay. It all starts with looking at job listings and submitting a few applications.

How to Thank Someone

How and Why You May Quit Your Job Without Notice