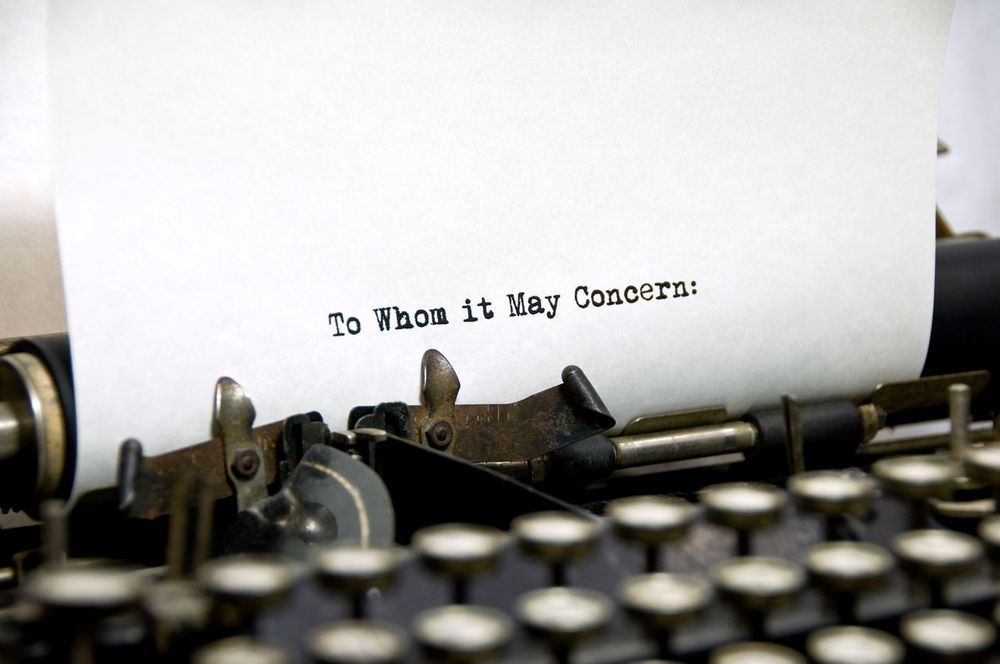 Tips For a Great Letter of Recommendation

During the hiring process, you can expect your potential employer to ask a few things of you. They might ask you to do a background check, provide references, and go in for an interview. However, some people don't realize that an employer could request something else - a letter of recommendation. To make sure you're ready for everything, learn how to get a stellar recommendation letter that impresses your prospective employer.

Offer to Draft Up a Letter

Typically, job applicants ask professors, supervisors, and other busy individuals for letters of recommendation. Because they have such fast-paced careers, the people might not have time to write the letter. They also may not remember exactly who you are and what skills you have to offer.

When you call the person, offer to make a draft of a recommendation letter. In the letter, include all of the relevant details. Pass on the instructions for submitting the letter because you don't want to risk the submission going awry. This also speeds up the process.

Use the Right Format

If you want your letter to have an impact, it should have a specific format. Although there are other effective ways to write a recommendation letter, a few basic formatting tips can make all the difference.

For starters, use an opening statement that's clear. Make it obvious who the writer is and include an endorsement statement. You might say something like this:

"My name is Jane Doe, a Biology professor at XYZ University, and I'd like to highly recommend John Smith."

In the next part of the letter, give examples of your specific skills and accomplishments. For more of an impact, you should include one story that lends to your skills. It could be an account of how you helped a new employee learn the works and adapt to the job.

At the end of the letter, you should include an endorsement of your future aptitude. You could say something like,

"I don't doubt that John will be highly successful in any role. He's dedicated and passionate about what he does, and I firmly believe he will be a strong asset to your company."

If you can use your recommendation letter to complement your resume, you improve your chances of success. It's a great way to stand out from the other job applicants.

Focus on One or Two Traits

To make an impression, you might want your recommendation letter to include a long list of great qualities. But that's not what hiring managers want to see. In fact, having too many qualities makes it seem as if you're overcompensating for something.

Before you write the letter, make a list of all your professional qualities. After reviewing the job listing, pick two qualities that match the best with the listing. You can use those qualities as you write the recommendation letter.

Even if you send a draft of the recommendation letter, your reference could take their time sending it out. To avoid a missed deadline, send out reminders.

Your reference doesn't intend to hold up the recommendation process, but that doesn't mean it won't happen. With other things on their plate, your reference might forget about the letter. If you send a reminder email, the reference is likely to appreciate the nudge. Under most circumstances, they want to see you do well.

When you send a reminder, don't be demanding or upset. Instead, offer to find someone else to craft the letter if they don't have the time. Be sure to thank the person for their efforts.

When it comes to references, you need to choose with care. An employer wants you to use people who worked closely with you or knew you well. However, a letter of recommendation doesn't need to be from a recent co-worker or a former employer. The letter format means the writer doesn't need to know you well. A recommendation letter can be from a former professor or another authority figure.

That's not to say the person you choose doesn't matter. You should pick someone who has an authoritative title and who wants to see you succeed. If you pick someone who doesn't care about your future, they may not get you a recommendation letter in time.

Use a Different Letter Format Each Time

If you need multiple letters of recommendation, make sure you customize each one. It will be obvious to the hiring manager that you drafted each letter if you use the same stories and wording. Additionally, it shows the manager you don't care enough to spend time on each letter.

It's OK to use a similar template for your letters, but don't use the same phrases and terms. Vary the format and the wording slightly enough that each letter sounds unique.

Does the Recommendation Letter Matter?

You might be wondering if there's any point to a recommendation letter. Isn't the hiring process about your skills and qualifications? While a hiring manager cares about your skills, they also want to know what other people think about you.

A phone call to a reference is helpful to an employer, but it doesn't always give them the insight they want. If you provide a recommendation letter, you give the hiring manager more detailed insight. You also make it easier for them to see why you're qualified for the job.

If you're on the hunt for a job, don't be surprised if you come across a request for a recommendation letter. Be ready, and you can make a lasting impression.

Researching a Prospective Employer Before Your Interview

Preparing For Your First Ever Job Interview