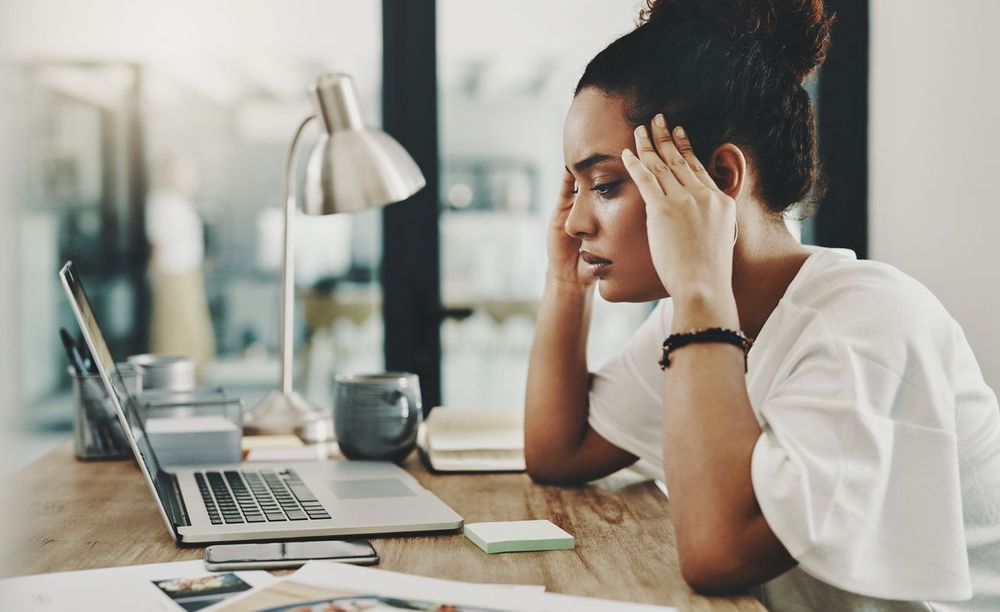 What is Job Insecurity?

Although people use the term loosely, few individuals understand the true meaning of job insecurity. The definition is relatively simple but comes with many implications. Learn more about job insecurity and how it could affect your future.

The Definition of Job Insecurity

Job insecurity is a term that refers to having a position that's unstable. If you don't have job security, you have no faith that you will remain employed in the near future. On the other hand, people with job security don't worry about their job outlook. They feel as if their employment is guaranteed.

Unfortunately, job insecurity comes with serious consequences. You could feel stress everyday, wondering whether or not you will have a job in the morning. With the stress comes anxiety, insomnia, and potential health consequences. The mental and physical impacts of job insecurity make the situation unbearable.

For instance, you could be working in an industry that mostly hires seasonal workers. Although getting the job was easy, you know that some of the workers will be let go. Will you be someone who doesn't have a job when the season is over? How hard do you need to work to guarantee a future with the company?

Even permanent positions come with job insecurity. You might know that your employer sees you as replaceable, or you could expect your company to go out of business. In either case, your future is very uncertain. You could only be days away from losing your job. In some industries, there's rarely any job security.

What are the Types of Job Insecurity?

A chronic job insecurity is quite common in the current economy. The pandemic showed people that there were no guarantees in the workplace. As companies struggled with less demand, they laid off more and more workers. People who never feared losing their jobs realized that they had no guarantees.

The fact is that most people don't have much job security. Regardless of your industry or title, your employer doesn't need much of a reason to fire you. In most states, there aren't many protections for employers besides discrimination laws.

Falling under either chronic or acute job insecurity is the loss of job status. Whether its a short-term or long-term fear, you might worry about losing your position and being moved to another department or role. This type of job insecurity is harder to identify, but is quite common.

How Job Insecurity Affects You

For the most part, job insecurity comes with many drawbacks. According to scientific studies, job insecurity results in serious conditions like heart disease, ulcers, and headaches. Furthermore, people who deal with job insecurity are more likely to take up hazardous habits like drinking and smoking.

Why is this? The stress that comes with job insecurity makes it nearly impossible to remain healthy. Once you get laid off there are several options for help. But until you're laid off, you have nothing to do but worry about your future. The fear of the unknown could keep you from sleeping at night.

Your workplace performance could also suffer. If you have no doubts about your future employment, you probably don't mind putting in extra time or effort. But, if you have no faith in your future with a company, you won't bother to go the extra mile. There's no incentive to perform well. This is why people with no job security tend to underperform. In fact, it's a bit of a self-fulfilling prophecy. You don't see a future with the company, and your lack of effort is why you lose your job.

At some point in your career, you're bound to have job insecurity. There's no way around it. Fortunately, there are a few things you can do to cope with the insecurity and minimize your chance of losing a job.

For starters, be loyal to yourself. Place your own worth above your employer's. No matter how much you love your job, you should love yourself more. If you lose your job, you still have value as a person. Having this mindset makes it easier to deal with the uncertainty of an industry or position.

You also should know that there's no shame in switching employers. In today's times, most job applicants have worked with multiple companies. If you have had three jobs in the past ten years, an employer won't discount you as a viable candidate. As long as you update your resume and leave your positions on good terms, you don't need to worry about your job loss haunting you.

Be Wary of the Signs

It's equally important to know when an employer is about to fire you. There are a few key signs that could clue you into trouble. For example, you might notice that your boss cuts you out of meetings, or that you have no long-term projects.

If you do see signs of trouble, stay ahead of the curve. Look for a new job before your employer can fire you. For the best results, find a job in an industry with more stability. Government jobs tend to come with the most security. If you're not sure which jobs are the most stable, take the time to research the topic.

How to Be More Resilient at Work