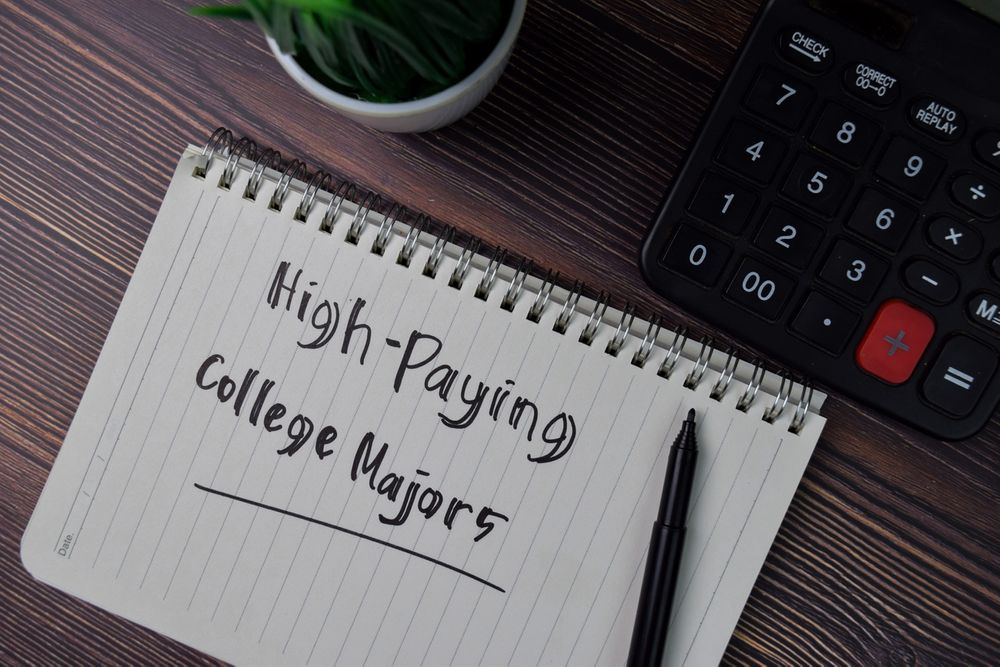 When people leave high school, they often struggle to pick a college major. There are several reasons for this, from being insecure about their goals to worrying about finances. Before you pick a major, you should consider what you want from your career. Take some time to think about which majors give you a chance at a bright financial future. While money is only one factor for you to consider, it’s an important one. To help you make the decision, find out which college majors pay the best and the worst.

The Best College Majors for a High Salary

Do you have money on your mind? For a high-paying job, you should consider a major in engineering. Almost all of the majors that currently pay the best are related to the engineering field, with computer science being the only exception. The average salary of the top ten careers is $68,000. Computer engineering alone pays the best, with an average salary of $74,000 a year.

Of course, money isn’t everything. If you don’t have a knack for engineering or computer science, you probably don’t want to pursue a career in either field. But, if you have the basic skills or passion, you could earn a high starting salary. All of the following majors result in a salary of $70,000 a year.

Towards the bottom of the list, you can find Miscellaneous Engineering, Civil Engineering, and General Engineering. Although they are the lowest-earning majors on the top ten list, they still bring you over $62,000 a year.

The Worst College Majors for a High Salary

If money concerns you, then you should think twice before accepting a career in one of these majors. The worst ten majors for financial stability are in the liberal arts sector. Every one of these majors pays less than $40,000 a year. Keep in mind that some of these careers have a much higher earning potential if you get an advanced degree or have years of experience. Therefore, you shouldn’t let this list keep you from pursuing a career you love.

While you look at some of the salaries of these careers, remember that a full-time job that pays $15 an hour equates to $31,200 a year. So, some of these majors pay almost the same as minimum wage. For instance, social services majors earn less than $35,805 each year. Performing arts majors also earn less than that amount.

If you plan on being a family and consumer sciences major, you should know that you have the lowest salary of all the possible majors. The average starting salary for individuals with this major is $32,000. Meanwhile, the majors that earn the most in the top ten lowest-earning majors are the following, all of which earn an average of $38,000 per year:

Should Money Be Your Driving Factor?

Just how much emphasis should you put on money while you try to figure out your career? That’s entirely up to you. For some people, passion is everything. Others focus more on financial stability. In any case, there are other factors besides money that you should consider.

Even the lowest-earning majors have the potential for a higher salary. And by having more than a high school degree, you give yourself a major advantage. The median salary for college graduates in the US is $52,000, which is $22,000 more than the median wage for people who have no college degree. Furthermore, people with college degrees tend to advance quickly. After a few years in an industry, you could earn significantly more.

There's also the issue of passion. When you're passionate about something, you're much more likely to be successful. And when you're successful, you have more opportunities for advancement and a higher salary. If you're the best in your industry, you can earn tens of thousands of dollars more than the average salary.

Another consideration of yours should be job availability. In some industries, technology is taking over. Certain jobs that are available today might not be available in ten years. If you want any job security, you should pick a major that could give you a career in a growing industry.

No one can predict the future. Nevertheless, people have made educated guesses about career outlooks for the next decade. You can look at the BLS for an idea of what to expect in certain careers. Using the information available to you, it's possible to pick a career in an industry that will give you security.

Your happiness also matters. If you pick a major and a career that you're not excited about, you won't be very successful. In fact, you're likely to end up switching careers early on in your path. You may end up needing to go back to college to get a degree in a completely different major.

Even if you tough it out in a career you don't like, you deserve more. Everyone deserves to be happy in life, and that means picking a career you love. The right major gets you on the proper path to that.

How to Make the Most of Your Salary

Whether you pick a high or low-paying major, you can still achieve financial stability. It all starts with choosing the right career path. When you graduate from college, you should choose your first job with care. Use the resources at your school to find job opportunities and to ask for employer recommendations.

Once you embark on your career path, focus on networking. Your network could get you a promotion or a better-paying job. Focus on building strong relationships with colleagues and management. As time goes by, your network could be the reason you have a high salary.

Gen Z Has Had Enough With 'Hustle Culture'