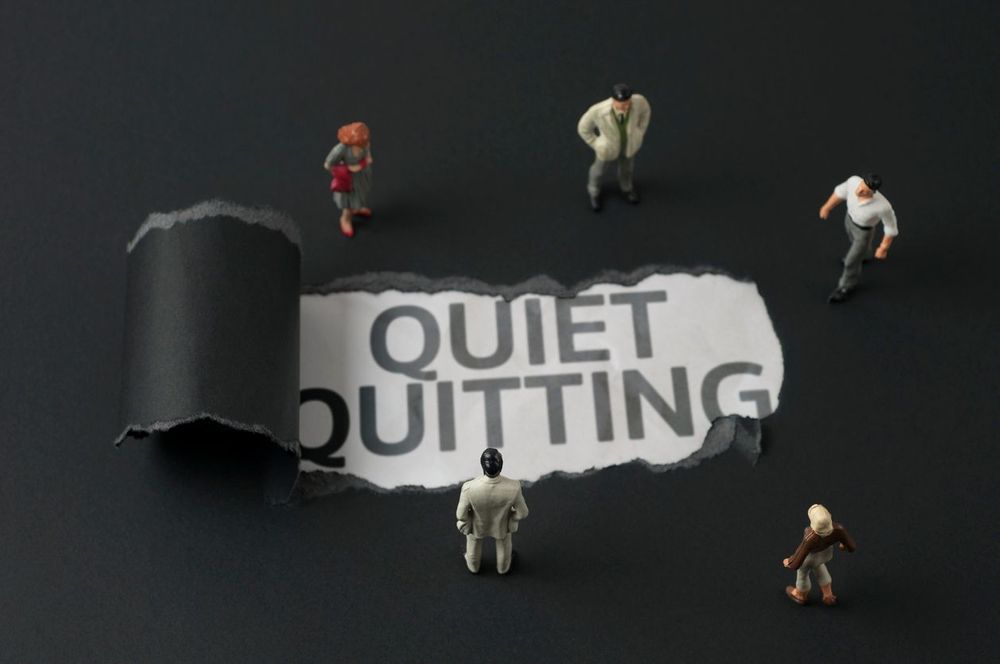 What Is Quiet Quitting And Is It a Real Trend?

One of the latest trends of the 2020s has been quiet quitting. The term refers to doing the absolute minimum of a job and not putting in any extra effort. Although the employee doesn’t actually quit, their actions are noticeable. In one 2022 survey, researchers revealed that at least half of US employees were quiet quitters. But is quiet quitting as prevalent as social media and news articles make it seem? Learn the truth about quiet quitting.

When someone starts a new job, they usually are eager to go above and beyond. They stay late, come in early, and jump to take on new projects. However, that eagerness doesn’t always last. As employees become jaded, they often become less willing to remain involved. When meetings aren’t mandatory, these quiet quitters stop attending. They don’t put in their notice, but they do stop investing so much time into their jobs.

Because quiet quitting still involves doing the bare minimum, some managers are tolerant of it. They don’t take issue with the reduced workload, especially in a labor market that makes it difficult to replace employees. On the other hand, some employers react poorly to quiet quitting. They look for reasons to fire these employees or push them to resign. It’s worth noting that employers need to handle quiet quitting with caution. Although they can fire someone for poor performance, they can’t necessarily fire someone because they’re not coming to work early or staying late.

If an employer fires you for quiet quitting, you should consider the situation. You can consult with a hiring manager to find out if you were a victim of wrongful termination.

Where Did Quiet Quitting Come From?

Every new trend comes from somewhere or someone. One of the first cases of “quiet Quitting” being used was in a video on YouTube and TikTok. Career coach Bryan Creely used the term to describe the trend he was noticing. However, it’s possible that economist Mark Boldger was the first to use the term in 2009.

Although the origins of the term are interesting, where it originated doesn’t matter as much as the trend itself. In the US, quiet quitting is a buzzword. Social media discusses it regularly, and people seem to believe that quiet quitting is a prevalent problem.

How Common is Quiet Quitting?

So, how common is quiet quitting? Is it really what social media makes it out to be?

Is Quiet Quitting a Real Trend? According to a Gallup poll, 50% of US workers are guilty of quiet quitting. But that doesn’t mean that this is true. When the survey took place, it asked individuals questions about worker engagement and enthusiasm.

According to some, the quiet quitting trend isn’t new. Some individuals, like Derek Thompson from the Atlantic, believe that quiet quitting has been going on for decades. They claim that workers have always been burnt out and spending less energy on work, but that they’ve only recently started using a term to describe their feelings and actions.

What It All Means

Whether or not you believe that quiet quitting is a new trend, it’s a real issue. There are plenty of workers who have stopped going above and beyond for their employees. While employees quiet quit for multiple reasons, one of the most common culprits is a lack of appreciation.

At times, the lack of appreciation stems from low pay. But it can also result from hiring managers not showing verbal or written appreciation to their employees. If an employee feels taken for granted, they’re more likely to quiet quit.

What Should Businesses Do About Quiet Quitting?

If business owners focus more on appreciating their employees, they’re less likely to encounter this trend. They can show appreciation by giving raises, offering better benefits, and being genuinely thankful to their employees.

What Should You Do About Quiet Quitting as an Employee

If you’re an employee, you should avoid quiet quitting. But that doesn’t mean you should struggle and take on too much work. Instead of juggling too much, you should set boundaries and speak with your manager. Be honest and open about your feelings. If you believe you’re working too hard or are taking on too much work, explain the situation to your manager. They may not realize that your workload is unrealistic or unmanageable.

Before you speak with anyone, assess the situation. Why do you want to quiet quit? Is it because you aren’t paid enough? If this is the case, you should try to negotiate a raise or look for a job that pays better. For some, the issue could be a challenging workload. In this case, you may be able to delegate jobs to someone else or ask your boss for tips on being more efficient.

Although quiet quitting may not result in you getting fired, it could very well affect your future. When you do find a new job, your current manager could leave you a negative review. Or, your productivity could suffer and you may miss out on a promotion. It’s better to be open about the situation and to try to make your job more manageable.

If you feel as if you have no other options, you should start looking for a new job. Rather than struggle with your current employer, you can find a great opportunity elsewhere.

Answering The Question "How Do You Handle Criticism At Work?"

Common Jobs Scams You Should Avoid