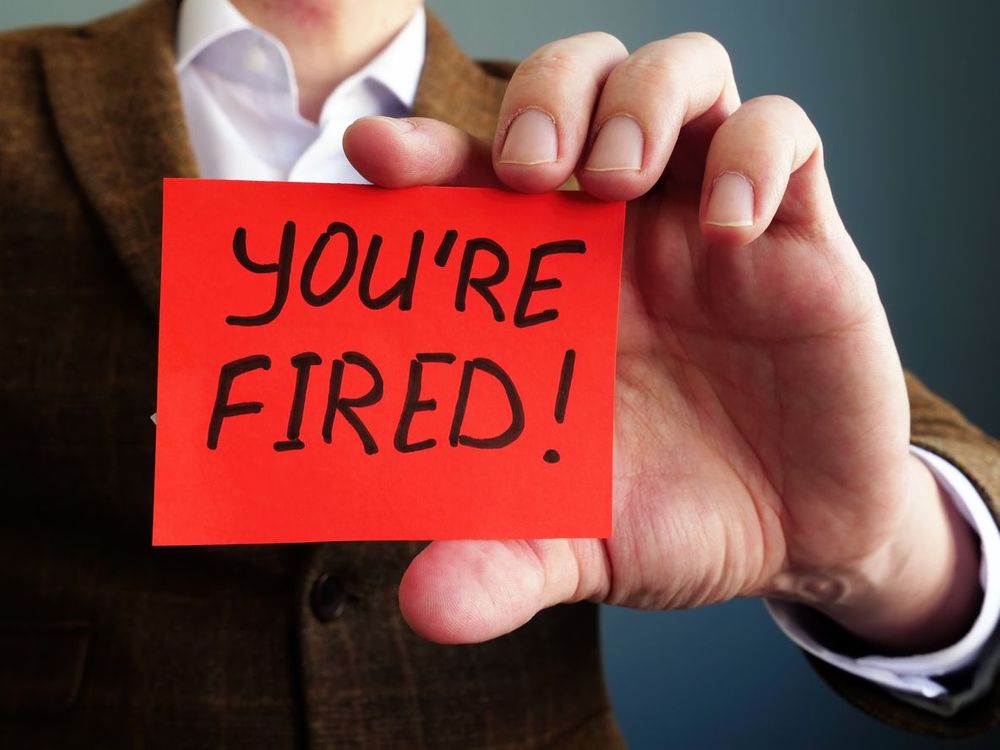 Wrongful Termination - Everything You Need to Know

Life isn’t always fair, and neither are employers. If an employer fired you without having just cause, they could be guilty of wrongful termination. Find out more about wrongful termination and learn what you should do if you feel as if you were wrongly terminated.

What is Wrongful Termination?

When an employer illegally fires or lays off an employee, they are guilty of wrongful termination. You may be able to take legal action and seek compensation for your employer’s actions. At times, the firing is a violation of federal or local employment laws. The laws are designed to prevent discrimination, harassment, and other unfair incidents.

At times, wrongful termination is a result of a violation of company policies. Deceitful accusations and defamation of character could put you out of a job, but you have options. You might be able to find a lawyer who will fight for your job or for compensation.

Depending on your employer, you might have a written agreement with them. If the employer violates the terms in the contract, they are guilty of breach of contract.

Examples of breach of contract include:

Promises of long-term positions that never come to fruition

If there is a written promise or statement and the employer fails to follow through, they could be charged with breach of contract. It’s also worth mentioning that there are also implied promises. Even if an employer doesn’t write down the promise, it could be implied.

You may be able to display that your employer acted in bad faith or treated you unfairly. In this situation, you could have a case for wrongful termination. Although it’s easier to prove a breach of contract, you can still provide evidence that there was a breach in good faith.

An employer firing you to keep you from getting commissions

Being misled about your chances for a wage increase or promotion

Lying about reasons for firing you, when the only issue that mattered was replacing you with someone for lower pay

Your employer may be in violation of a public policy, depending on their reason for terminating you. Typically, public policy violations are based on what society sees as a legitimate reason for the firing. If the employer fires you for any of the following, you may be able to seek legal help.

Firing someone for voting or serving on a jury

Terminating someone for serving in the military

Firing someone for being a whistleblower

If you’re in a certain state, you might have some protections against wrongful termination. If you’re a volunteer firefighter or an election officer, you may have some protections. You also could have protection if you were fired for exercising your legal rights. For example, you might be able to file for wrongful termination if you file an OSHA violation and your employer fires you. Whistleblowing, in other instances, is more of a gray area. The exact situation has an impact on whether or not you have a case.

One of the other scenarios that warrant legal action is being fired for your race, age, gender, disability, or sexual orientation. However, there are strict requirements for there to be a case. For instance, you need to have direct or circumstantial evidence that proves the discrimination occurred. Additionally, you may need to show that other employees experienced similar treatment. If your employer took actions that obviously favored a particular group of people, you might also have a case.

If you believe that discrimination was the reason for you losing your job, you shouldn’t hesitate to seek action. A lawyer can tell you more about your options and can prepare you for what to expect.

As a very serious allegation, fraud and defamation of character are examples of wrongful termination. This happens when an employer fires someone and makes blatant promises but fails to deliver. It includes a more devious element than a breach of contract because the fraud was intentional.

Typically, fraudulence occurs in either the early or late stages of employment. It could happen during the onboarding process or when an employer forces you to resign. To prove fraud, you need evidence of the malicious intent. This often means collecting testimony from other employees or supervisors.

Meanwhile, defamation involves an employer trying to destroy your reputation. For you to have a case, you need to show that the statements were false and that the intention was malicious in nature.

What Should You Do?

When something goes wrong in the workplace, your first reaction might be to turn to your manager. So what should you do when your manager is the problem? In the case of wrongful termination, you can’t go to your boss and complain. Instead, you need to take legal action.

First, you should consider your reason for being fired. Did your employer actually have a reason to fire you? Although it’s hard to be open-minded about this, you need to be willing to accept responsibility. Did they fire you because you didn’t perform well or because you broke promises? If so, you don’t have a case. But if you even suspect you were wronged, you should talk to a lawyer.

Are Unions Making a Comeback?