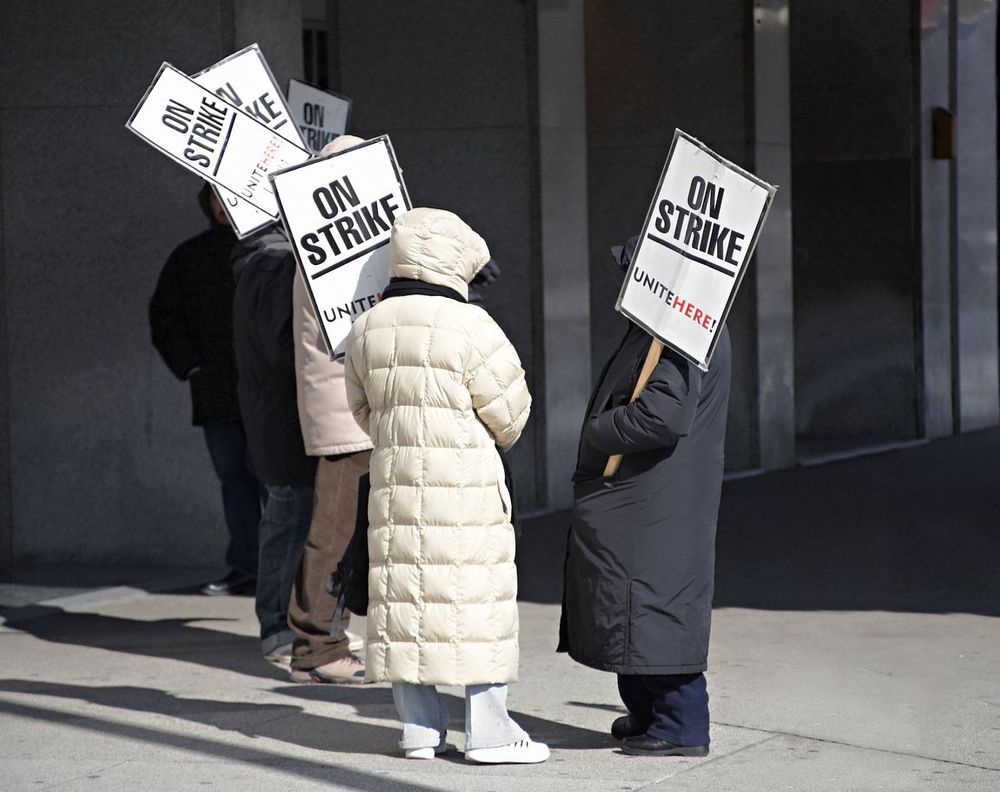 Are Unions Making a Comeback?

Unions could be making a comeback, and it’s important to know what that means for you. From 1983 onward, union membership has been declining. It was at 20.1% in 1983 but dropped to 10.3% in 2021. Other statistics also back up this decline. In the early 1950s, there were about 400 major work stoppages due to union strikes. However, in 2021, there were only 16 work stoppages. This doesn’t mean that unions are dead. In fact, some people believe that unions are on their way back.

The Current State of Unions

Currently, young workers are becoming interested in unions. According to one Gallup poll, support for unions is at the highest it’s been in about 65 years. The poll revealed that 68% of Americans approve of unions or some type of organized labor. In 2009, support of unions was at its lowest point. Only about 48% of Americans supported an organized work force in 2009.

Other research shows that 77% of Generation Z and Millenials support unions. So, it’s said that this drastic increase in union support is a result of the current generation. You can use baristas as an example. Young baristas led efforts to unionize Starbucks, and the effort was met with support from other individuals of the same age. In early 2022, the support of barista unions was clear. A strike against unsafe working conditions was successful, and following that strike, there were several other successes.

After the initial Starbucks strike, approximately 100 Starbucks locations developed unions. As the newer generations form unions, unionizing is growing in popularity. The tech industry is also undergoing efforts for unionization. The Alphabet Workers Union was formed in 2021, and is composed of Google employees and contractors. As of recent times, the union has over 800 members. When it was formed, the union had the goal of creating a more transparent workplace and protecting the employees from wrongful termination.

While the young generation sparked unionization efforts, the true catalyst was the pandemic. Front line workers faced great dangers, as well as some difficult decisions. Because of the high risk of working during the pandemic, there were many healthcare workers who left their positions. With almost one in every five healthcare workers quitting, the healthcare industry changed. About 12% of individuals in healthcare experienced layoffs.

As a result of the new staffing shortages in healthcare, there was a significant amount of pressure on the remaining employees. They needed to work long hours in difficult conditions. Unfortunately, this took a toll on healthcare workers and led to a strike among nurses’. For ten months, the nurses at St. Vincent’s Hospital went on strike. The Massachusetts hospital dealt with staffing issues at a time when they needed all hands on deck. Due to the timing and circumstances, this strike had a serious impact across the country. It was the longest stoppage of work in the history of the state.

Employees at Amazon also operated in challenging conditions. As essential workers, Amazon employees had no choice but to show up to work during the height of the pandemic. In Alabama, Amazon warehouse workers voted to unionize. The attempt failed, but there are still efforts to unionize. Another vote will occur in 2022. In New York, employees at a State Island warehouse are taking steps to improve conditions. They want longer breaks, better healthcare, and varied leave options. Additionally, the Amazon workers are fighting for higher wages.

What the Future Holds

Many people wonder whether this push for unions will continue. After the vaccine became available, conditions in many workplaces improved. But that doesn’t mean that there’s no longer a push to unionize. After the pandemic, employees started to see the value of unionizing. They experienced unfair treatment and harsh working conditions and realized that unions could protect them.

Going forward, employees may be more open to the idea of unionizing. Even if Covid-19 no longer poses a threat, there will always be challenges facing employees. It’s only natural for them to seek a way to have more job security and to minimize unfair treatment. According to experts, unions may be here to stay.

Over the past few months, white-collar workers have been taking steps towards unionizing. At Indiana University, grad students organized a sit-in. Tech employees at Activision Blizzard and Apple also commenced unionization efforts. Although it’s impossible to be sure of the cause of these efforts, many suspect that the current labor market plays a role. There are more jobs than there are workers, and employees feel more comfortable taking risks. As employees realize their value and their power, they’re taking more risks.

It’s also possible that there’s a culture shift. As much as you can try to explain trends in unionizing, it all comes down to cultural changes. Today’s culture embraces unions. What remains unknown is how long this cultural change will last.

What It Means for You

Why does this trend towards unionizing affect you? For one, it shows that the labor market changed. Right now, the market favors employees. Businesses are desperate for workers, and this is good news for job-seekers. If you’re unhappy in your current position, you don’t need to endure your job. You can either look into unionizing or consider finding a new job. Depending on your industry and position, you may be able to give yourself a better life.

It’s not often that employees have security. For that reason, you should take advantage of the current labor market and the unionization trend. Why settle for a job with poor conditions? Instead, you may be able to join a union or find a different job with better pay, hours, and conditions. By taking action now, you can get much more from your job.

If you’re not ready to take a risk, you can test the waters. Start searching for jobs in your field and send out a few applications. In the end, you could get a job offer that you can’t refuse.

Wrongful Termination - Everything You Need to Know