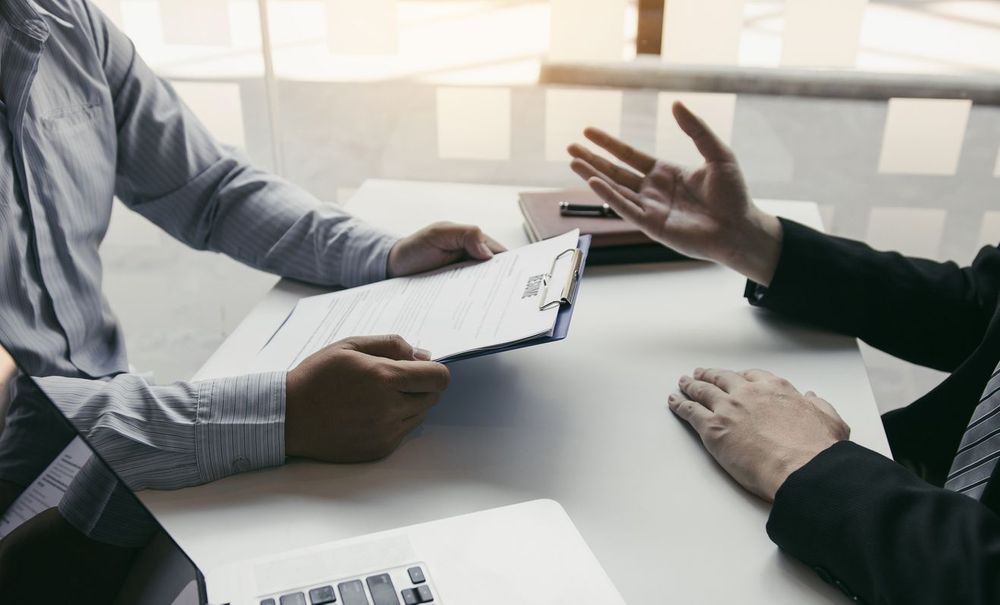 After you get a job rejection, you might want to hide away for a while. But hiding isn't the answer, and a job rejection is something from which you can learn. By asking for feedback, you may be able to improve your job interview skills. Find out when you should ask for feedback and how to go about doing it.

How Long Should You Wait

You don't want to wait too long to ask for feedback. Because there are so many job applicants, a hiring manager may not be able to remember you. After a few days, they could forget your name. Ask for feedback within 24 hours of receiving a rejection notification.

That said, don't reply too early. If you immediately ask for feedback, you come across as desperate. For the best results, wait two hours to make a request.

How to Make Your Request

Asking for feedback isn't something you need to do over email. If you really want to learn from your mistakes, you need an honest conversation. Call the hiring manager and speak directly with them. If they don't answer, hang up and try again later. This time, leave a voicemail thanking them and asking if they would mind calling you back with feedback.

Some individuals may be uncomfortable leaving a voicemail. If this is the case, you can send an email to the hiring manager. In either situation, your words matter. When you communicate, convey the following messages:

Tips for the Conversation

During the conversation, it's crucial to handle yourself with poise. By doing all of the following, you can gain the most from your feedback:

What You Shouldn't Do

When it comes to asking for feedback, there are a few things you should avoid doing. For one, don't ask for feedback before you hear back about the position. It's one thing to ask for an update on the hiring process, but don't assume you were rejected. If you want to ask for feedback, wait until you receive notice of your rejection.

No matter how desperate you might be for work, don't have a tone of desperation. Be positive, professional, and enthusiastic. Make it clear that you're only calling to prevent future mistakes.

When someone is criticizing you, it's difficult not to react. However, you need to remember that everyone has room for improvement. Try not to take this personally, and just listen to the manager's words.

Before you call, get over any bitterness that you might feel. Although you may believe you were the best fit for the job, you can't harbor any negativity about the decision. Make a conscious effort to sound positive.

You can never tell where the future will take you. One day, you could be applying for a job with the same company or working with someone from the company. If you leave things on a sour note, you may regret it in the future.

In life, things won't always go your way. Resist the temptation to show your anger, and your restraint may pay off. You might also grow and develop.

Will You Always Get Feedback?

As hard as you might try, you won't always get feedback after a job interview. Some employers are unwilling to offer advice, while others aren't allowed to. There are certain companies that have policies that prevent them from giving feedback. Despite wanting to help you, a hiring manager might be unable to tell you anything.

Furthermore, a company has no obligation to you. Once the interview is done, they move on to hiring an applicant and filling other open positions. If they choose to give you feedback, they're doing you a favor. You can't be upset about not getting any response from your request for feedback.

In any case, don't bother asking why the hiring manager won't give you feedback. The truth is, it doesn't matter. All that matters is you move forward and don't spend any more time worrying about the rejection.

Whether or not you get feedback, you need to move forward. The longer you wait to apply for new jobs, the harder it will become to obtain a position. Before you go in for another interview, take time to analyze what happened. If you received feedback, how can you improve yourself? Consider everything the hiring manager told you and make sure you don't make the same mistakes. Self-growth could be the key to getting a new position.

If you didn't receive any feedback, take time to reflect on the hiring process. Is there anything you did wrong? Think about everything that occurred during the interview and evaluate your performance. You may be able to figure out where you went wrong.

After some reflection, move on. Apply for new jobs and learn from your errors. On your next interview, you might impress the interviewer!

Lying On Your Resume: How You'll Get Caught